Since this field of study was established there has been various vexillological associations that have popped up around the world. These groups are interested in studying the history, emblems, and flags that have meant so much to many people from various parts of the world. One such vexillological association is the UK's National Flag Charity which is entirely funded by member's subscriptions to the association and is currently the largest membership-based flag organization in the world with members hailing from all 6 inhabited continents. 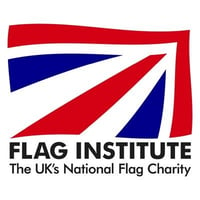 The society's goal is to educate people about the important roles that flags play in societies all around the world. The UK's National Flag Charity was founded on St. George's Day, on the 23rd of April, 1971. The Flag Institute is proud to maintain until this very day that it has the largest national registry of flags established anywhere in the UK both on a national and a regional level.

For more information on how to become a member of the UK's National Flag Charity or to learn how to use their services please feel free to contact us.