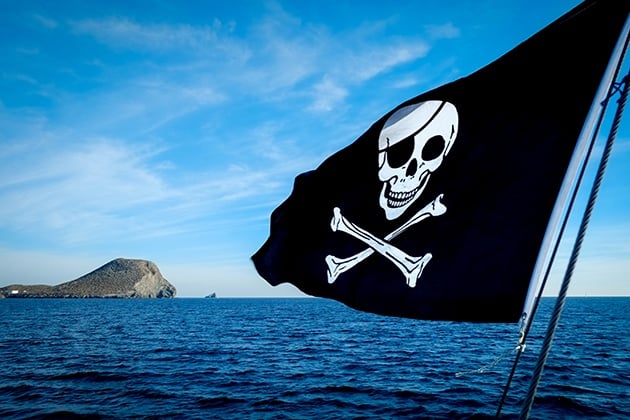 Perhaps no symbol is more iconic than the eerie skull and crossbones of a Jolly Roger flag or pirate flag as it is often referred to. There is more to this infamous image than meets the eye; for the flag of a pirate was far more complex than what popular culture portrays. Here's some interesting flag facts and trivia about pirate flags that you might not know!

Pirates Used Flags to be Sneaky

The pirate flag was not flown at all times. Pirate ships would fly flags of other nations to trick incoming vessels, and when the ships were close enough, only then would the crew raise their Jolly Roger as a warning to surrender.

Can you imagine a flag being so influential and feared that a person could be sentenced to death just by owning one? During the Golden Age of Piracy, simply owning a pirate flag was illegal. Since there was no reason for someone who wasn't a pirate to own the flag, the individual in question would be assumed a pirate, a crime for which the punishment was death.

Before the Skull and Crossbones

Early versions of pirate flags were actually solid red or black. Privateers would traditionally fly a red flag to let incoming ships know they were not associated with the Royal Navy. Since many of these privateers eventually became pirates, it was only natural that they would choose to keep the red flag. Pirates were known to use red flags as a sign that they would show no mercy to their enemies.

Black flags, on the other hand, were a more welcoming sight to the pirates' victims. Although being attacked by pirates was never a good thing, a black flag signified that the pirates would allow their victims a peaceful surrender.

We're all familiar with the skull and crossbones, but did you know there were multiple renditions of pirate flags? Almost every pirate ship had a unique flag design suited to the captain's particular taste, and it was extremely rare for two pirates to have the same flag. With the most common symbols being skulls and skeletons, other popular themes were blood, swords, and hourglasses (symbolizing the enemy's incoming death). All struck fear in their victims, making them more likely to surrender their booty.

Whether you're a swashbuckling pirate or a landlubber in search of your own iconic, customized flag, don't hesitate to contact us at Accent Banner to create your own designs and request a free quote! 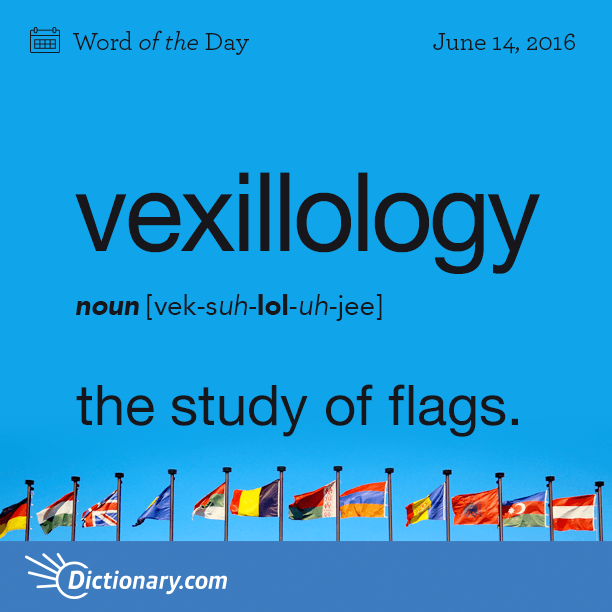 Since this field of study was established there has been a various vexillological association that has popped up around the world where people are interested in studying the history, emblems, and flags that have meant so much to so many people from various parts of the world for so long. One such vexillological association is The UK's National Flag Charity which is entirely funded by member's subscriptions to the association and this is currently the largest membership-based flag organization in the world with members hailing from all 6 inhabited continents.

The society's goal is to educate people about the important roles that flags play in societies all around the world. The UK's National Flag Charity was founded on St. George's Day which was 23 April 1971. The Flag Institute is proud to maintain until this very day that it has the largest national registry of flags registered anywhere in the UK both on a national and on a regional level.

*Example of the subtle history that's included in a flag - like this Portuguese National Flag.

For more flag facts and information take a look at our other blog posts. To create a custom flag or banner for your own home or business contact one of our flag specialists to receive a free quote. A member of our team can talk you through the process of creating your own custom banner or flag.

3 Pieces of U.S. Flag Trivia (That You Might Not Know) 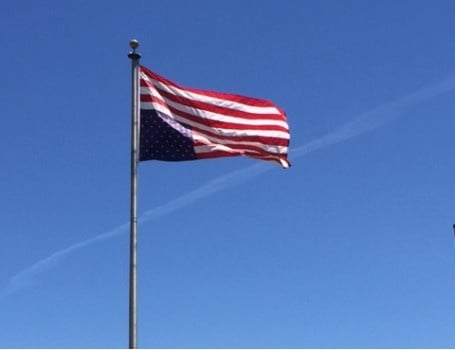 The U.S. flag is an instantly recognizable symbol of pride for many Americans. However, Old Glory has some unusual quirks to it that not all of us know about. If you think you're well-versed on the history of the nation's banner, here's a few pieces of flag trivia that you might now know!

*Looks like somebody made a hasty mistake - however it could be a cry for help!

#1: Flying the Flag Upside Down

We all know that the flag flies with the stars on blue in the upper left... but if someone flies the flag upside down, that doesn't mean they made a mistake. It's a distress signal, and means imminent help is required. According to the United States Flag Code: "The flag should never be displayed with the union down, except as a signal of dire distress in instances of extreme danger to life or property."  So next time you think somebody made a silly mistake with their upside down flag, think again! This could be a call of distress!

#2: Lighting the US Flag

Along with the numerous other rules and procedures that make up the flag code, one includes how the flag is to be lit up. The Flag Code states “The flag may be displayed 24 hours a day if properly illuminated during the hours of darkness.”  According to Were You Wondering, this is why if a flag is left on its pole overnight, a light needs to be shone on it. Natural light is perfectly acceptable for illumination, though, which is why flags are traditionally raised at dawn, and lowered at sunset. In order to be fully respectful of the correct rules of flying the American flag be sure to have the correct outdoor lighting at your home if you want to keep it flying overnight.

#3: Retiring a Flag Via Burning

We've all heard of the controversies surrounding flag burning, typically when it's done as a form of speech to protest either the U.S. in general, or something the government is currently involved in doing. However, what some people don't know is that when flags are torn, stained, ragged, or just too old to fly anymore, they're supposed to be burned. This is considered a respectful way of doing away with a flag that is no longer serviceable. To learn about other flag disposal methods or to get your flag correctly disposed of contact Accent Banner today.

For more fun flag trivia and flag facts checkout our recent flag trivia blog posts. If you're interested in getting a quote for flag disposal, flag repair, or for creating your own custom flag or banner contact us today to receive a free quote. A member of our team of flag and banner specialist will happily walk you through the process of making a custom flag for your home or business.